Timberland Responds to Disasters With Boots on the Ground

We've been on the Path of Service™ for over 25 years. We've planted trees, greened spaces, and helped kids and families in local communities around the world. But our service hours are never as impassioned and impactful as when disaster strikes.

TO STAY OR TO GO

In 2001 we had our first direct brush with disaster. It was a sunny September morning at the Clara Barton School in Brooklyn, where volunteers from our sales team and wholesale accounts had joined together in service. While volunteers were making improvements to the school grounds, disaster struck just five miles away. It was September 11th, and two planes had just collided with the twin towers of the World Trade Center. Once the volunteers realized what was happening, they had to choose: try to leave the city or stay and serve. They chose to stay and complete their service, even while chaos reigned around them. At the end of the day the principal of the school told the team that he would always remember that day for the evil that was done, but he would never forget that day for all the goodness that was wrought.

To commemorate that fateful day, we return to New York City on or near 9/11 each year for a service day to continue to make our difference in that community. We also strive to respond to disasters, near and far, that impact communities where we live, work and explore. In the 25th annviversary year of our Path of Service program, we look back on some of our more impactful service moments:

THE BOOTS OFF OUR FEET

A category five hurricane named Katrina struck the Gulf Coast of Louisiana in 2005. Over 1,800 people lost their lives in the storm that created extensive damage and displaced over 600,000 people. We knew we had to do something. In response, we encouraged employees to volunteer to help the Red Cross in its disaster relief efforts. Eleven volunteers from our headquarters in Stratham traveled to the Gulf Coast and served for three weeks on company time to staff shelters and distribute benefits to storm survivors. One year later we took our sales meeting to New Orleans to support the economic recovery of the area in the wake of hurricane Katrina. While there, we ran a 400 person service event to revitalize a main street in town. After serving, the Timberland volunteers toured the ninth ward, a low-income community particularly devastated by the storm. When they passed a tent loaded with donated goods, one of our employees decided to remove his boots and leave them behind for someone in need. Others silently followed suit and soon the tent filled with close to three hundred pairs of footwear. The volunteers walked back to the bus in their socks in silence. Later, the employee who first left his boots was asked what inspired him to do that. He said "no one had to say anything. It just happened. I just happened to be the first one, but it’s the whole Timberland company - that’s just what we do." 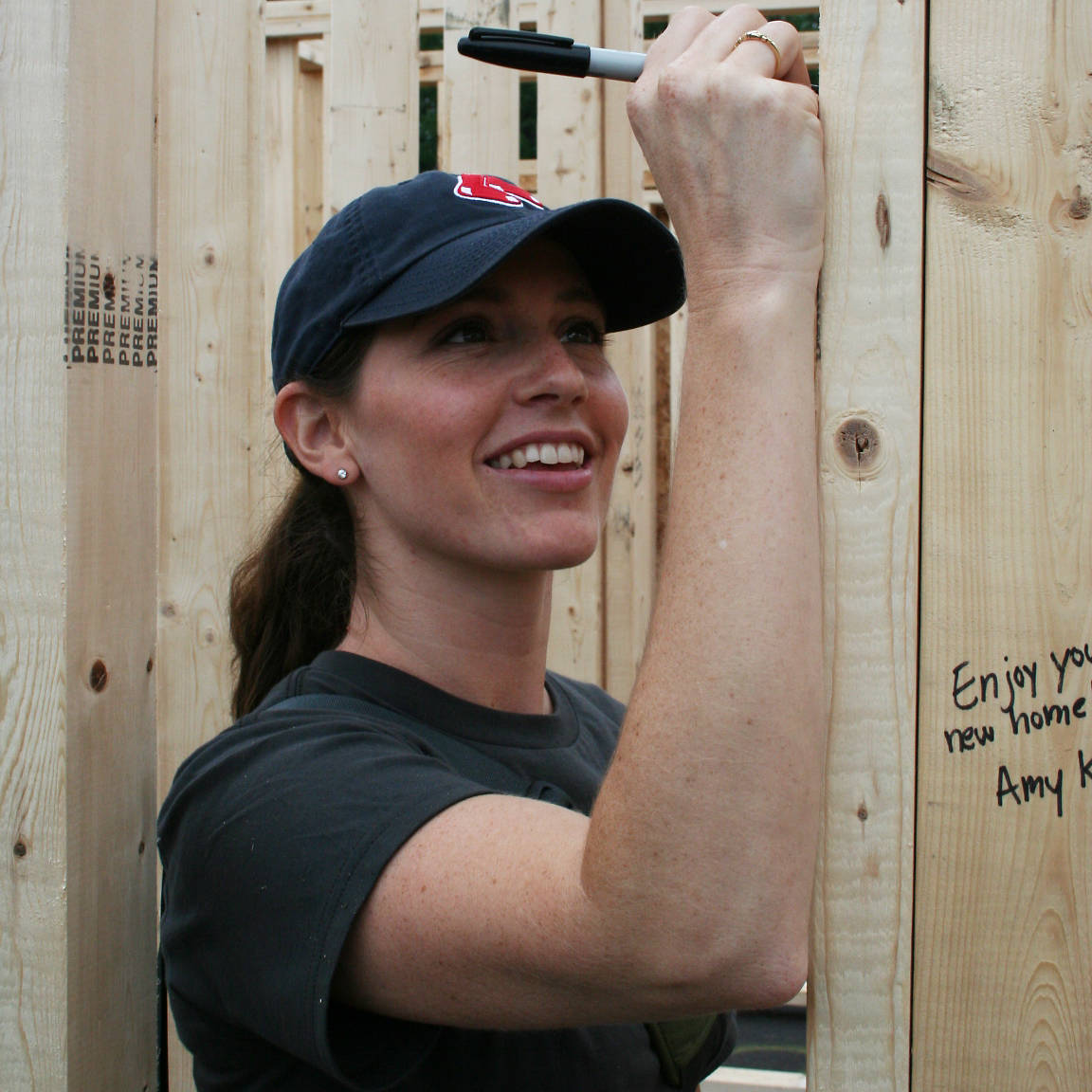 Since 2007 we’ve partnered with Habitat for Humanity to help build stronger foundations for the future of our communities. As part of that ongoing effort, we have framed over ten houses that have been shipped and donated to families that lost their homes in the Midwest tornadoes. Employees use service hours to frame the walls and often write messages of hope and strength on the wood frame.

In 2010 a catastrophic earthquake struck Haiti in January causing extensive damage and at least 45,000 deaths. It was time for us to step up again. We worked directly with an on-the-ground organization to distribute donated supplies to families in need. We also donated boots to help relief workers in the disaster zone.  Just one year later a massive earthquake and subsequent tsunamis hit Tōhoku on Japan’s Pacific Coast and caused over 15,000 deaths and wreaked havoc on the island. Our Japan team was eager to help, and partnered with Peace Winds Japan to support the immediate relief effort. Employee groups also made multiple trips to the disaster zone over the 18 months following the disaster to use their service hours to forward the long-term recovery efforts.

COMMITTED FOR THE LONG HAUL

When the dust settles and the need is clear, we are there to help. Not only do we intervene in the immediate wake of large-scale disasters, but we aim to contribute for the longer term recovery and rebuilding efforts that continue long after the news media has left the disaster zone. For over 25 years we've supported the communities where we live, work and explore, and we’re just getting started. We will continue to leverage our service hours to help in times of great need, to put boots on the ground and serve in any way we can.

Learn how we manage our Products, protect the Outdoors and improve our Community.