Whether you’re at the beach, beside the pool, on the boat or hiking in the mountains, here are eight supreme beers to enjoy, so long as sunshine is the common denominator.

Craft brewers across the U.S. are concocting specially crafted beers for the warmer seasons, so we’ve put together this guide to help you find your new favorite summer beers.

This refreshing Session IPA’s moniker says it all. When you want to take things down a notch and sprawl across a hammock, this is the beer. Slow Ride might ease off from New Belgium’s flagship Ranger IPA in terms of ABV, but it remains full of flavor. There’s plenty of hop character without blasting your taste buds and it’s not too heavy, leaving plenty of room for some BBQ or a nice grilled fish sandwich… if you can pull yourself out of the deck chair.

Beyond flavor, there are two key elements that help produce a great summer beer. It’s canned, so you can enjoy them by the pool, at the beach, on a hike or on the boat without worrying about glass. Better still, by drinking Sum’r, you’re helping the environment too. The beer is USDA organic certified, and is brewed with 100 percent renewable wind and solar power. It’s as clear as a mountain stream and tastes just as fresh.

Famed for its off-center brews, Dogfish Head concocted its seasonal Festina Peche beer as its take on the tart – bordering on sour – Berliner Weisse wheat beers from Germany. Characterized by the pureed peaches dumped in the fermenter and gobbled up by the yeast, it offers the perfect blend of sweet to temper the tart. Overall, it’s a perfectly refreshing summer beer. The first sip may take you by surprise, but that’s what Sam Calagione’s ever-innovative brew crew does best.

While it lacks in smack-you-in-the-face character, Vunderbar makes up for in pure, honest-to-goodness refreshment. This German/Czech hybrid pilsner is a perfect session ale, especially if you’re planning on manning the grill all day. This straw-colored beer boasts a floral, herby aroma thanks to the Czech Saaz hops and has a quenching citrus profile, giving way to a clean finish. The guys and gals at Smuttynose love it so much, it even has its own theme song. 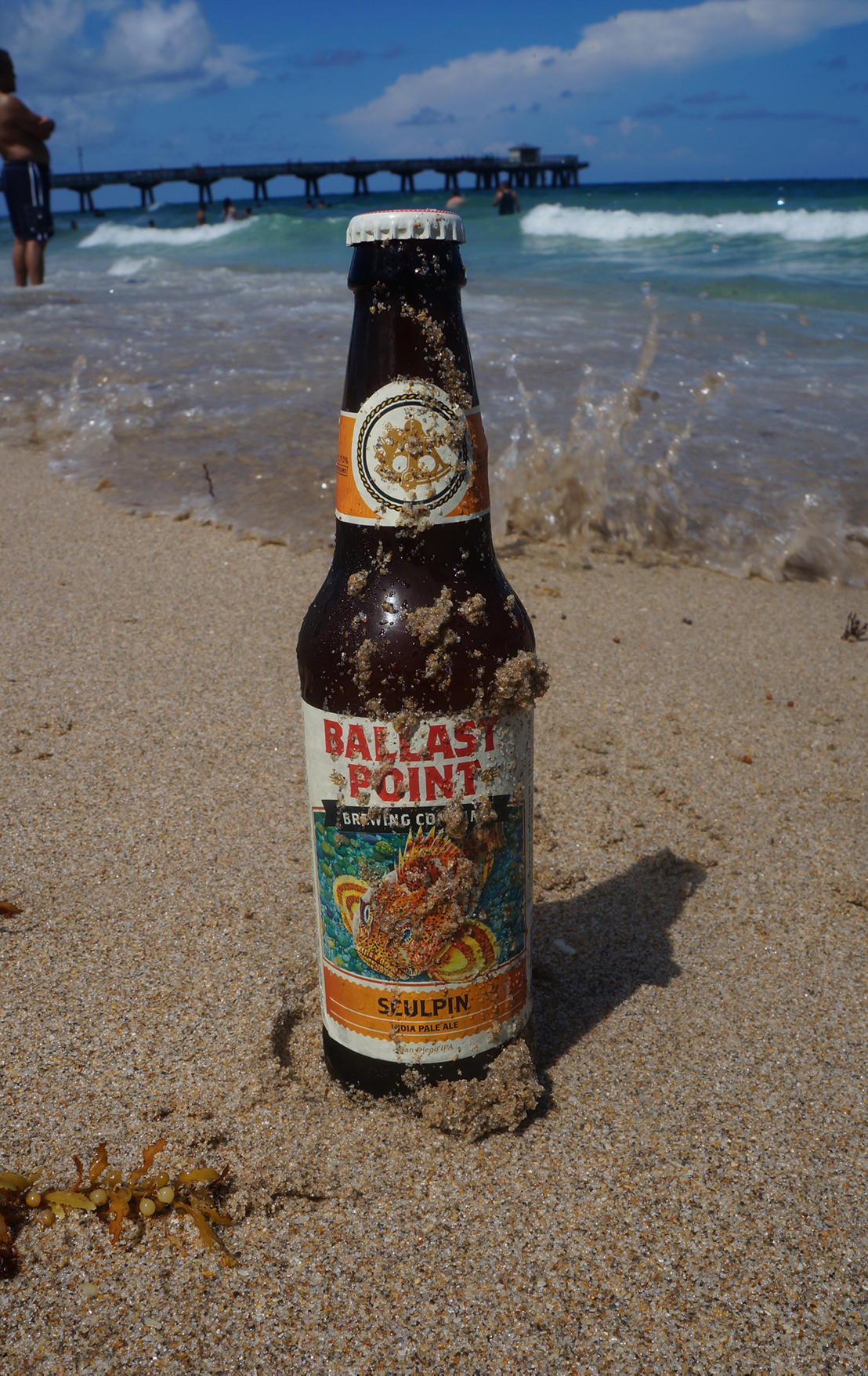 What’s a 7.2% hopped-up India Pale Ale doing in a summer beers list, you ask? Well Ballast Point’s Sculpin may not be one you can sit by the pool sipping all day, but if you’re only having one (dare we say, two) they don’t come more refreshing than Sculpin. The San Diego brewery’s flagship beer helped to turn it from a humble homebrew store into one of the nation’s most-loved craft breweries. What makes it so special and hard to replicate? Well the beer is hopped at five different stages with what’s thought to be 10 different hop varieties, imparting flavors and aromas of peach, orange, grapefruit, mango, and lemon.

It’s always summertime in South Florida, so the region’s exploding craft beer scene has put forth a ton of great, year-round drinkable beers you want to take out on the boat or down to the beach. There’s the Floridian wheat ale from Funky Buddha and Native Lager from Native Brewing, but our favorite is from a relative newcomer, Concrete Beach Brewing in Miami. Stiltsville may be light in color, but it’s full in flavor with tons of citrus character from the Citra hops. Whether you’re soaking up the art scene in Winwood, or giving it a little bit of the Will Smiths in South Beach, a crisp Stiltsville can’t be beaten.

It’s a little maltier and creamier than you’d usually expect from a summer beer, but boy does this amber-colored ale go down an absolute treat. Affectionately known as a ‘cream soda for adults’ there are hints of vanilla and caramel, it’s one of the more drinkable beers in this list if you don’t mind a little sweetness. Again, it comes in cans, which earns huge brownie points this time of year and the food pairings include BBQ chicken and S’mores. This beer edged-out a similar brew from the Bear Republic, the awesome Cali Creamin’ from Mother Earth Brewing Co. in San Diego.

Completing the line-up is another session IPA, from the increasingly popular Fat Head’s brewery. Although at 4.9%, the ABV is a little high for many tastes, it’s infinitely refreshing and goes down worryingly easily. Thanks to the interesting mix of HBC 342, Simcoe, Citra and Centennial hops the notes of orange, peach and tropical fruit shine through. A brilliantly flavorful summer beer for the IPA crowd.

Eight new summer beers on the agenda for this season? We’ll toast to that.

The Latest From Timberland